A Tribute to Dr. Armando Samaniego

Editor’s Note: STAT MED Urgent Care is in many ways a family – and has felt that way since Dr. Samaniego opened our first clinic in 2013 in the town where he and his family lived – Lafayette, CA. We feel Dr. Sam’s recent passing deeply – and based on comments made by patients, colleagues, and friends, we know that others do too. Because of this, we asked the Samaniego family for permission to share the beautiful message they wrote for staff with the rest of our STAT MED community.

To the STAT MED Staff from Dr. Samaniego’s Family 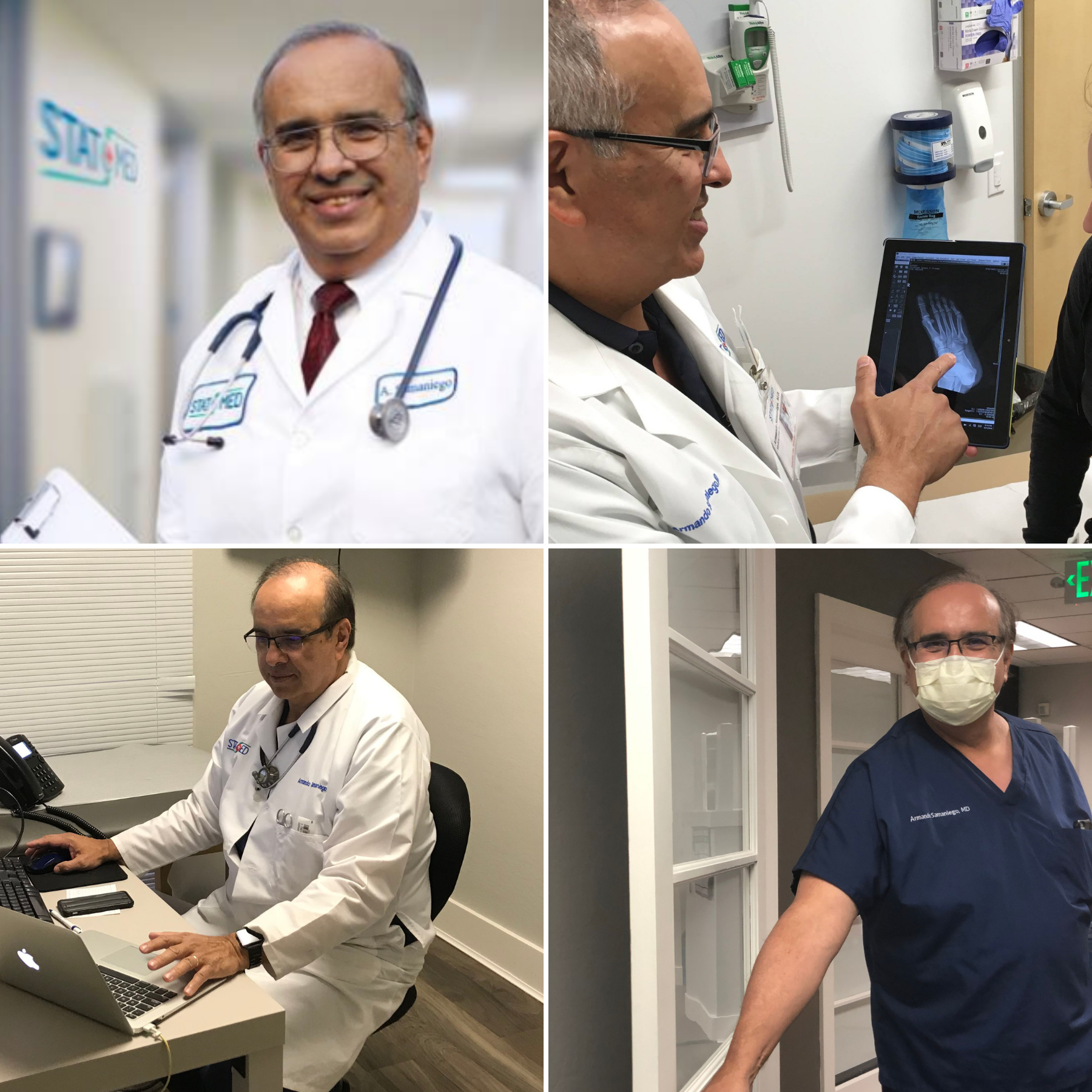 As I trust you all know, we have unexpectedly lost our beloved Dr. Armando Samaniego, following a cardiac arrest.  We take some comfort in knowing that he was surrounded by loved ones when he passed peacefully, on Saturday, May 21st.

For Dr. Samaniego, the needs of the patient were paramount. He expected his team to focus on the privilege of providing care without compromise. He was so proud of everyone at STAT MED and strove to create an environment and a culture of excellence that would allow STAT MED to compete as a premium service provider. He knew that each and every employee plays a vital role in STAT MED’s ability to deliver excellent healthcare to the community, never more so than during the COVID-19 pandemic.

In the early days of the pandemic, when we had no vaccine and PPE was in short supply, Dr. Sam teamed up with Dr. Brian Candell to do volunteer testing at Moraga Royale and the Orinda Senior Village, offering care to Lamorinda’s most vulnerable. When most clinics were closing, Armando led with courage and conviction, guided by STAT MED’s mission: to be the community’s urgent care of choice, even during challenging, uncertain times. He could not have done it alone. You all were with him every step of the way.

He encouraged higher education and continuing education and often hired those who planned to go on to become physicians, nurses, or physician assistants. He was eager to share his knowledge and expertise, frequently summoning an employee to see an unusual case or technique.

Most of you will miss Armando primarily as an employer, colleague and as an excellent and dedicated physician. Of course, like all of us, Armando had a life outside of work. He had a wife, Lissett, three sons (Gabriel, Daniel and Michael), two daughters-in-law (Hunter and Christine), a grand-baby on the way, a large extended family, and countless friends. But his family extended to encompass members of the community.

Armando often volunteered as team physician for his sons’ many sports teams. He volunteered as lead medic with Boy Scout Troop 204 for nearly a decade, participating in innumerable troop activities as his boys became Eagle Scouts. His professional and personal life frequently overlapped. It was not unusual for him to treat minor injuries at his home or to provide medical advice to friends and neighbors who consulted him and trusted him with their families’ healthcare needs.

Armando’s devotion to medicine was exceeded only by his devotion to his family. He was extremely proud of his three sons, all of whom serve the broader community: Gabriel and Michael, as officers in the U.S. Navy, Daniel as a firefighter in Cal Fire. They are his legacy.

STAT MED is also part of his legacy. We are grateful that Armando has mentored and trained medical support staff and is leaving STAT MED in capable hands so it can build upon its solid foundation and thus continue to provide superior healthcare. Dr. Sam was a team builder and considered each one of you to be a member of his healthcare family. He had great faith in all of us and was looking forward to growing STAT MED and strengthening STAT MED’s programs with your help. Nothing would make him happier than to see STAT MED and all of you succeed in its mission.

We will miss Armando as a beloved husband, father, brother and uncle. He would want us to lean on each other during this very difficult time and to know that, although he will no longer lead STAT MED in person, he will lead in spirit. We are confident that you will follow his example and carry on his mission of providing excellent urgent health care to anyone who needs it, and to do so with dignity, integrity and compassion.